The ATO will be contacting over one million taxpayers either directly or through their tax agent in the coming months as part of its compliance activity, and have revealed the most common trouble spots for taxpayers at tax time.

With tax time 2018 beginning this weekend, the ATO has continued its ongoing education campaign by publishing the five most common mistakes seen from its audits and reviews from previous years.

ATO assistant commissioner Kath Anderson said the tax office would be taking a more proactive approach this year in a bid to clamp down on agents and taxpayers who “push the boundaries”.

“We are increasing our investment in education and assistance, as well as reviews and audits. This year we are expecting to make contact with more than 1 million taxpayers either directly or through their agents,” Ms Anderson said.

“This tax time we will be paying close attention to claims for private expenses like home to work travel, plain clothes, and private phone calls. We will also be paying attention to people who are claiming standard deductions for expenses they never paid for.

“Around half of the adjustments we make are because the taxpayer had no records, or they were poor quality. Yet it’s so easy to keep your records, using the myDeductions tool in the ATO app. Just take a photo, record a few details and then at the end of the year upload the information to your agent or to myTax.”

Further, Ms Anderson said the ATO would be taking a close look at income, including capital gains on cryptocurrency.

“A temp job, cash jobs, capital gains on cryptocurrency, or money earned from the sharing economy is all income that must be declared. We are constantly improving our data matching tools and even a one-off payment may be enough to raise a red flag,” she said.

The ATO’s latest warning comes off the back of several public notices, including a case study of incorrect claims in relation to work-related clothing and laundry claims.

Work-related car expenses have also been put on notice, with the ATO’s focus coming as part of a large-scale education campaign in the build up to tax time 2018.

To avoid any undue attention during the ATO’s increased 2018 compliance activity, make sure your tax return is completed by a proficient Tax Accountant.

Call Nick if you’d like to make an appointment and avoid compliance activity.

Have you heard about Zoho?

Most people may have heard it as just an affordable CRM, but in recent months Zoho have upped their game, BIG TIME!

With over 40 business focused apps centring around their cloud CRM, Zoho One offers amazing digital selling tools at ridiculous value for $35.00 AUD per month. 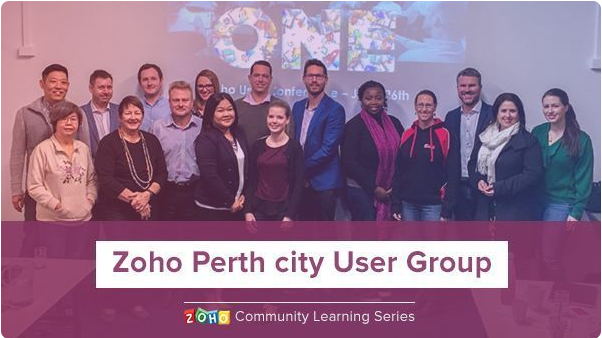 nt to the Zoho Perth User Group hosted by Francis and Jason Blackie and got inspired, since then I have found lots of innovative ways to collect leads and follow them all the way through from first sale and beyond.